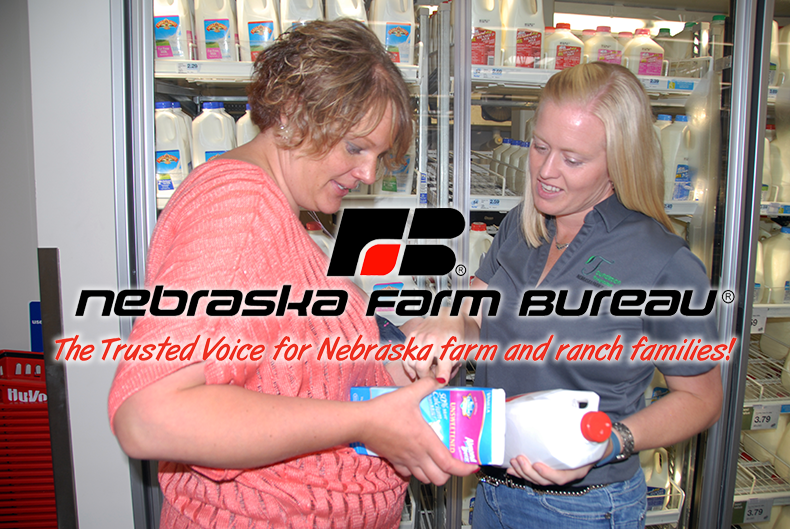 The Nebraska Farm Bureau Federation organized in 1917 with the goal of working for the betterment of Nebraska agriculture. By 1919, the group had successfully lobbied for passage of a bill in the Nebraska Legislature establishing a Game and Fish Substation in Dundy County for a cost of $15,000. It was the first of many bills the organization would follow in the next one hundred years.

In 1921 the federation incorporated, assuring the words “Farm Bureau” would be used only for the sanctioned organization.

Farm Bureau was heavily tied to the Nebraska Cooperative Extension Service in its early years because of a state law that noted counties organizing Farm Bureaus would receive funding for extension work.

Governed by a president and board of directors with members elected from regional districts across the state, Nebraska Farm Bureau is known for its grassroots approach to policy development. Members initiate the policies used to advocate on the county, state and national levels for issues they deem important.

Another important effort was the creation of the Nebraska Farm Bureau-PAC in 1986. The purpose of the NFBF-PAC is to support candidates for state and national public office who understand the needs of agriculture and rural communities. The success of the NFBF-PAC over the years is rooted in its grassroots endorsement process. Each county Farm Bureau meets to review candidates and then makes a recommendation to the NFBF-PAC for endorsement.

In addition to their advocacy for farmers and ranchers in state government, Farm Bureau introduced a variety of member services over the years. Among those still going strong is insurance. Whether members carry life, auto, health or personal property insurance, it remains one of the most used services.

Nebraska Farm Bureau also supported the formation of the Nebraska Rural Radio Association in 1951 in cooperation with Nebraska State Grange, Nebraska Farmers Union and the Nebraska Cooperative Council. Farm Bureau members were encouraged to purchase memberships for $10 each in the farmer-owned and controlled radio station. KRVN in Lexington was the first to broadcast information designed for the farmers and ranchers, providing up-to-date weather and markets and today includes stations across the state as part of the Rural Radio Network. Lobbying efforts on both the state and national level for agriculture issues, and establishment of an information department in 1947 to spread Farm Bureau news to the public, led to the organization being dubbed, “The Voice of Reason.”

Through the Nebraska Farm Bureau Foundation for Agriculture, financial resources and partnerships are generated to build awareness, understanding and a positive public perception of agriculture.

Now moving into their second century as the state’s largest agriculture organization, Nebraska Farm Bureau is employing all types of technology, utilizing a website, social media and the latest in communications equipment to continue telling their story.

Information provided by a representative of Nebraska Farm Bureau Federation in June 2014.