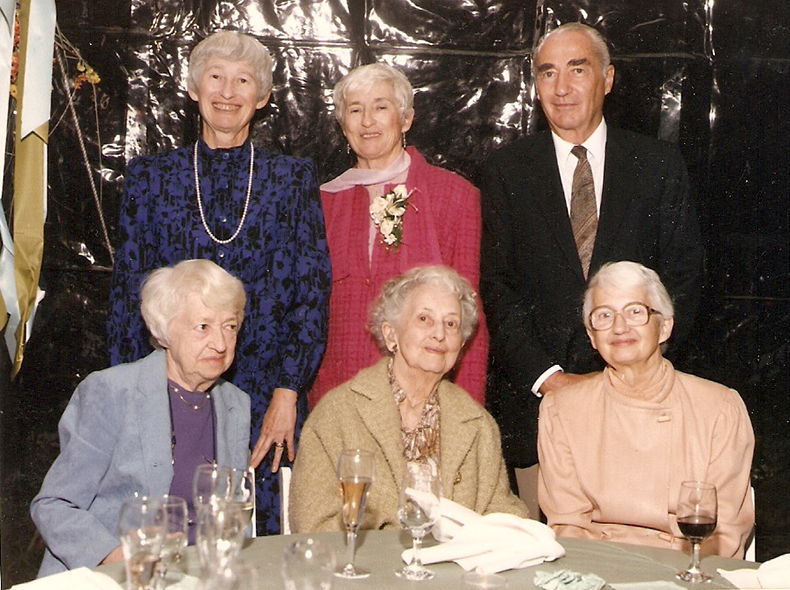 Born in 1891, Robert S. Dickinson lived in Nebraska all of his life. In 1910, he graduated from Doane College in Crete, Nebraska and accepted a job as bookkeeper, office boy and janitor at the Ravenna flour mill. Thus began a sixty-year career in the flour milling business.

In 1919, he helped found and was named Vice President of Nebraska Consolidated Mills Company, an association of flours mills in Fremont, Grand Island, Ravenna and St. Edward, Nebraska. The company made a profit in 1922 and thereafter for every year of Mr. Dickinson’s lifetime. He was a key figure in the company’s evolution from a small state business into Conagra, an international corporation and the largest company headquartered in Nebraska. He was promoted to president of the company in 1936 and Chairman of the board in 1954.

In the book, Conagra Who?, R.S. Dickinson was described as a “hard-nosed businessman, a man of few words, serious and severe about his professional obligations.” But he is also remembered as, “A gentleman, a solid individual who worked alongside of his employees, a kind of man with a subtle sense of humor. He was a self made man, a man with rectitude who never forgot his origins and never lost his connections with those who had not progressed as far as he had. He was ahead of his time, encouraging his employees to make independent decisions and training them for advancement.”

He and his wife, Carrie, raised five children. By example, he conveyed to them the importance of integrity, community service, education, hard work and an appreciation for the state of Nebraska. At the beginning of World War II, Mr. Dickinson served on the Wheat and Flour Milling Advisory Committee appointed by the War Production Board.

He served as a Director of the Millers’ National Federation for eighteen years and was on its executive committee for ten years. In 1943, he became the second president of the Nebraska Grain Improvement Association, and initiated programs to improve the quality of the variety of wheat produced in the state. Other states then copied Nebraska’s methods.

In 1945 he was appointed to the Civic Committee on Power in Omaha and he was an active member of the Omaha Chamber of Commerce. As president of the Associated Industries of Nebraska (AIN) from 1959 to 1961, Mr. Dickinson helped organize the Nebraska Chamber of Commerce in 1960 and was a member of its board of directors.

He also served as treasurer for Roman Hruska’s successful senatorial campaign. In 1970, R.S. Dickinson was named as honorary Chairman of the Board for Nebraska Mills, a position he held until his death in 1971.

Information provided by the Dickinson family in June, 2014.