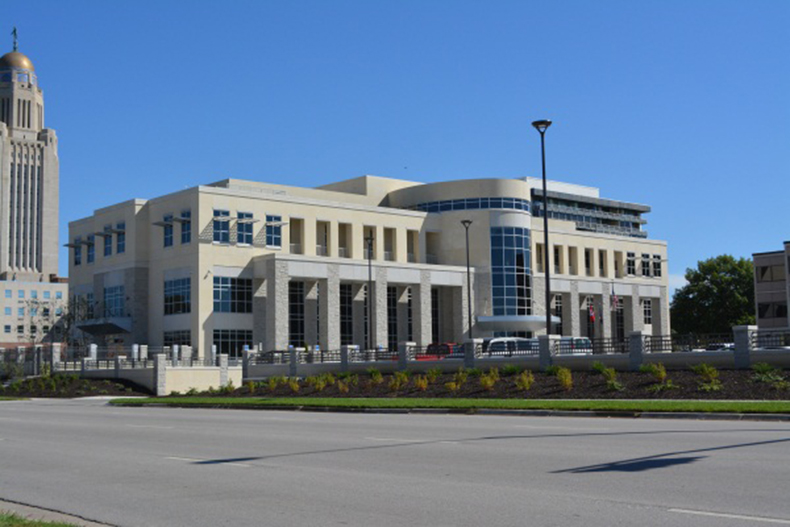 Farmers Mutual Insurance Company of Nebraska had an unusual beginning. In the late 1800s, large insurance companies located in the eastern United States would not insure farmers in Nebraska, deeming the farms as undesirable risks. To isolated farmers, fire was a constant risk.

Farmers in the Midwest determined the need for organizing together to form their own mutual assessment companies which would enable them to provide fire protection at cost. A bill, written by Representative Henry Gerdes, from Richardson County, was introduced in the Nebraska state legislature in 1891, which passed unanimously in both the House and Senate. This new law allowed farm mutuals to insure buildings and livestock against fire, tornadoes and lightening, but not crops. It also prohibited insurance policies to be sold in villages and towns in the state.

On September 24, 1891, twenty-two farmers living near Lincoln met to sign articles of incorporation for a new statewide mutual to be called “Farmers Mutual Insurance Company of Nebraska”. They immediately insured their own properties. The offices were located at 1001 O Street.

By 1898, the company gained over 2700 members, with twenty million dollars of insurance in force. At this time, a young man, whose father was a Farmers Mutual man from Otoe County, joined the company. W.E. Straub had attended the University of Nebraska and in 1903 was elected vice president of the company. He would go on to become president, an office he held until 1951.

Straub began hiring active and retired farmers as agents for the company, believing that it was easier to teach a farmer about insurance than an insurance man about farming. By 1910, his hunch was right with more than seventy-eight percent of Nebraska land in farms. In 1915, Farmers Mutual had over 145 million dollars worth of insurance in force.

The Great Depression and the Dust Bowl era would have major influences on the company, as farm losses and foreclosures, along with the heat and drought increased fire claims. Unfortunately, arson by desperate policyholders was a major problem. Smaller mutual insurance companies folded and Farmers Mutual assisted by purchasing the policies of their customers, bringing the total number of policies up to 47,000.

Fire prevention was always at the front of the Farmers Mutual mission. A study in 1945 found that only fifty-three rural fire trucks were in use over the entire state. The company’s vice president wrote a bill for the Nebraska legislature allowing Farmers Mutual to lend up to twenty percent of their surplus profits for low-interest loans to rural volunteer fire departments to purchase modern fire trucks and equipment. This allowed Farmers Mutual to reduce policy rates which saved its customers over $94,000 dollars.

Farmers Mutual had outgrown its home office at 1220 P Street and in the early 1960s moved into a larger building located just west of the state capitol building at 1220 J Street. The company also added automobile coverage for the first time to its list of policies. Farmers Mutual would expand that coverage to include motorcycles and RVs in the 1980s.

The company began serving South Dakota customers in 1998 and even though they only cover Nebraska and South Dakota, they are among the top one hundred mutual companies in the United States.