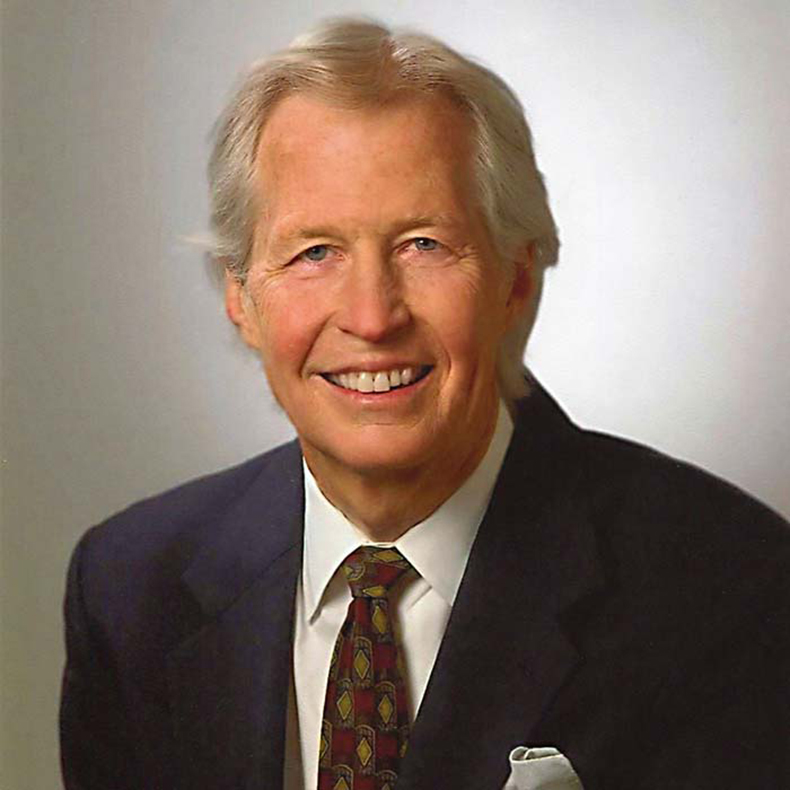 Glenn H. Korff (1943-2013) was born on May 29, 1943, a fourth generation Nebraskan, the son of Paul W. and Esther L. Korff of Hebron, Nebraska. His father had planned on going into finance, but the Great Depression brought him back to his hometown where he eventually took over the family’s lumber business.

The Depression also changed Glenn’s mother’s career plans. Esther was a graduate of Doane College and had planned a career in the arts. Instead, she took a teaching job in Hebron. Glenn was raised in Hebron and graduated from Hebron High School in 1961. Glenn’s parents undoubtedly had an influence on his choice of career in finance and his love of the performing and visual arts.

Glenn was an outstanding student at Hebron High School. He was a member of the National Honor Society, and earned eight varsity letters and the Boy Scouts Eagle Scout and God and Country awards.

He graduated from the University of Nebraska-Lincoln in 1965 with a Bachelor of Science Degree in the College of Arts and Sciences with a double major in chemistry and zoology and a minor in economics.

After graduation, Korff spent one year at the University of Nebraska College of Medicine doing graduate work in the medical sciences. He then attended the University of Pennsylvania’s Wharton School of Finance, where he graduated in 1968 with an MBA. He joined the United States Army Reserve in 1967 and was honorably discharged in 1973.

Korff worked for Salomon Brothers, investment bankers and bond dealers, from 1969 to 1974. He worked for Goldman Sachs, international investment bankers in New York City from 1974 to 1992. He was named Vice-President Executive Director of Goldman Sachs in 1976 and was manager of the New York Corporate and Government Bond Sales Group from 1976 to 1987. From then until 1992, Glenn headed the Goldman Sachs Fixed Income Compliance Department with worldwide responsibilities.

Korff never forgot his Nebraska roots. He donated millions of dollars to the University of Nebraska, including an eight-million-dollar gift to the University of Nebraska-Lincoln School of Music. In honor of Korff’s generosity, the school was re-named the Glenn Korff School of Music. Korff also helped support the Centennial Mall renovation project, and donated to the Madonna Rehabilitation Hospital in Lincoln, the town of Hebron and Sigma Phi Epsilon Fraternity.