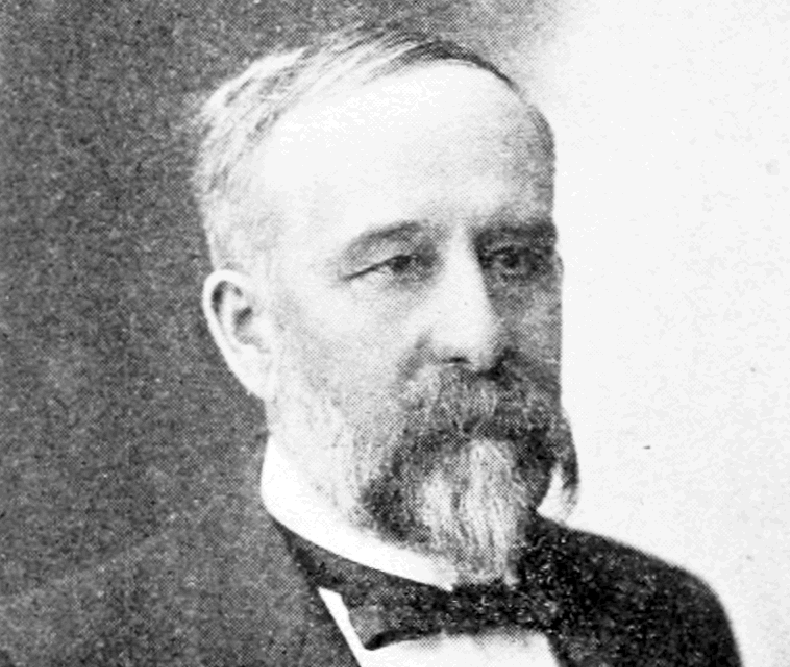 Charles Edwin Bessey was born to Adnah and Margaret Bessey in a log house on a farm in Milton, Ohio in 1845. The Bessey family was deeply religious. Bessy’s father provided most of his early education, and by the time he was seventeen, Bessey had earned his teaching license.

Knowing that he would need a more formal education, Bessey enrolled in the Seville, Ohio Academy, only to be faced with roadblocks with the death of his father and the closing of the school.

After nineteen years of broken but continuous education, Bessey enrolled in the Michigan Agricultural College where he was given an assistantship in horticulture and the head position of being in charge of the greenhouses at the college. He graduated with a science degree in 1869. Upon graduation, he was offered an instructorship of botany and horticulture at Iowa State University in Ames, Iowa where his career took off. In 1872, Bessey received a full professorship at Iowa State University after receiving his master’s degree in science and was later made professor of zoology and botany. While at Iowa State, Bessey began what would soon become ground-breaking research. For publishing results on his research, Bessey received his doctorate of philosophy from the University of Iowa and became noticed by various schools.

In August of 1884, the University of Nebraska offered Charles Bessey a professorship and deanship of Botany. He accepted the offer and gave the inaugural address just one month later. He began his work as a professor, researcher, and dean in January of 1885. He was known for his progressive teaching methods and for being a well-liked professor for most of his students. Bessey was one of the first professors in the nation to use the laboratory method of instruction, including the use of microscopes to study plants.

Bessey’s major contribution while at the University of Nebraska was to his students. In his forty-five years of teaching he taught four thousand of them, and eight hundred are said to have achieved national reputations in the field of botany.

Bessey was a long time advocate of experimentation as a benefit to agriculture. In the early 1880s the United States Department of Agriculture considered setting up experimental research centers and asked him to be a consultant. On March 2, 1887, Bessey helped pass the Hatch Act, which established research centers, called experiment stations, in connection with Morrill Act land-grant colleges. Yearly allotments of $15,000 went to each state, which was to be used for conducting research. Four weeks after this act was passed, the Nebraska Legislature moved to take advantage of the offer and the Nebraska Agriculture Experiment Station was created. Even though $15,000 wasn’t a huge sum of money at the time, it was enough to entice the legislature into committing Nebraska to a long-term program. This is one of the more prominent things Bessey did for the University of Nebraska throughout his tenure there. Because of his help in passing the Hatch Act, the University became nationally known as one of the most respected research colleges in America.

Every year, the Botanical Society of America awards the Charles Edwin Bessey Teaching Award to individuals whose work has impacted botanical education at a regional, national and/or international level.