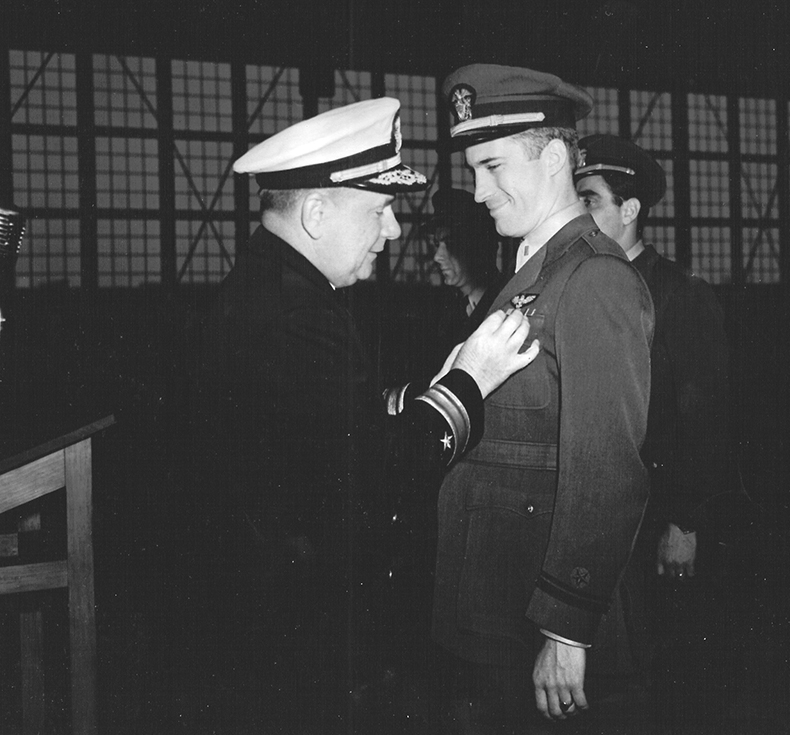 George Day (August 5, 1917 to August 8, 2008) was born in the Day family home on Cherry Street (now Sumner) in Lincoln, Nebraska. His parents, Warren and Edith Day, moved to 4300 South Street in 1922. As a boy growing up on this acreage at the edge of the city, George could see the State Capitol tower rising to the sky atop the foundations dug by Martin-Day Construction, the earth-moving company in which his father was a partner.

George graduated from Antioch College in 1939 and joined the Navy in 1942. After completing flight training, he was deployed as a fighter/bomber pilot on the U.S.S. Yorktown. He was awarded the Distinguished Flying Cross for action in the South Pacific.

After the war, George returned to Lincoln, married Barbara Deweese, and pursued a career in construction, property management and various entrepreneurial endeavors. He served on a number of committees and boards, including Cedars Home, Child Guidance and the Library Foundation. He was active in the Sertoma Club and also volunteered in youth mentoring and Head Start. George maintained a lifelong love of flying. He was always eager to take to the skies with any family or friends who were up for a ride, and was still piloting a Beechcraft Bonanza at age 85.