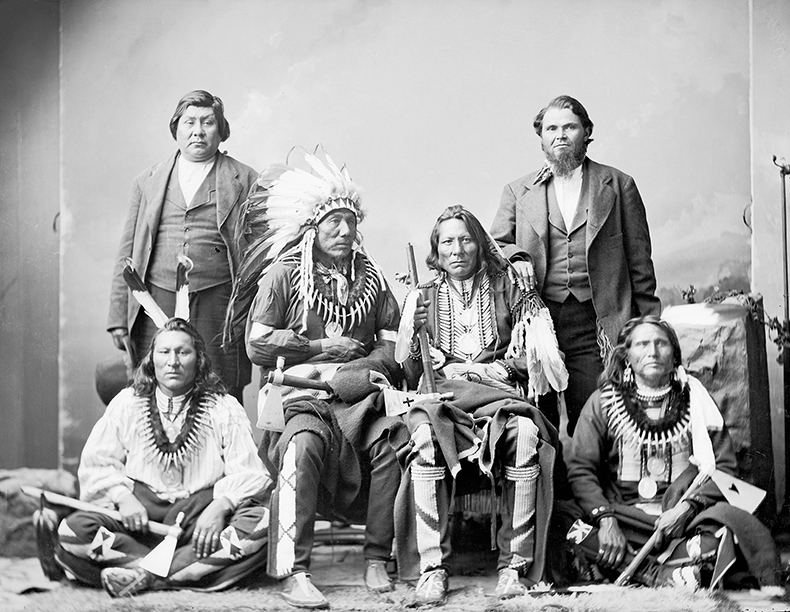 Although the tribe’s exact origin is unknown, some scholars believe that the Ponca are from the Ohio River Valley. However, by the early 1700s, the warring Sioux had forced them to relocate to the west bank of the Missouri River.

Unlike the other three tribes considered indigenous to Nebraska – the Omaha, Santee Sioux and Winnebago – the Ponca Tribe does not have a reservation. Instead, the tribe operates within a designated fifteen-county Service Delivery Area. Twelve of the counties are located in Nebraska, along with two in Iowa and one in South Dakota. The tribe has office sites in five of these counties. Nebraska office sites are in Niobrara, Norfolk, Lincoln and Omaha. Health clinics also are located in Norfolk and Omaha.

The Ponca were never a large tribe. The tribe’s probable size in 1780 was estimated at eighteen hundred. By 1804, largely because of smallpox, their numbers dwindled down to around two hundred. By 1829, their population increased to six hundred, and by 1842 to about eight hundred. Today, the Ponca Tribe of Nebraska numbers close to 3500.

In the 1960s, the federal government terminated the tribe, removing 442 Poncas from tribal rolls. In effect, this meant that – in the government’s view – the tribe no longer existed and its land holdings were dissolved.

One of the unfortunate effects of the termination was that much of the tribe’s cultural heritage was lost.

The tribe held its first Annual Pow Wow in 1994 following its federal reinstatement. Traditionally, Pow Wows were held as a celebration for fall harvest, successful hunts and for all births, deaths and weddings of tribal members during the past year. It was also a gathering place for other tribes, relatives and friends to meet and celebrate.

The Pow Wow provides a chance for the tribe to gather on its ancestral homeland to share, celebrate, reminisce and pass on knowledge and traditions to future generations.The Annual Pow Wow is held in August in Niobrara.


In addition to the annual Pow Wow, the tribe hosts a Restoration Pow Wow and Healthy Living Walk/Run and Pow Wow each year.

The tribe also has a museum, located in Niobrara, and is working to preserve the Ponca language through its culture department.

A three-quarter-mile Ponca Educational Trail, featuring interpretive signage, native plantings, a buffalo outlook and outdoor classroom, was completed in 2014 at the tribe’s agency grounds in Niobrara.

The Ponca Tribe of Nebraska has been reintroducing the bison to the native homelands since the tribe was federally restored in 1990. There are two herds, both located in Niobrara. The tribe works with the Natural Resources District to manage its buffalo pastures, and the tribe also receives assistance from the Intertribal Bison Cooperative. The animals are used for educational, cultural and health purposes.

For more information about the Ponca Tribe of Nebraska’s history, culture and services, please visit www.poncatribe-ne.org.