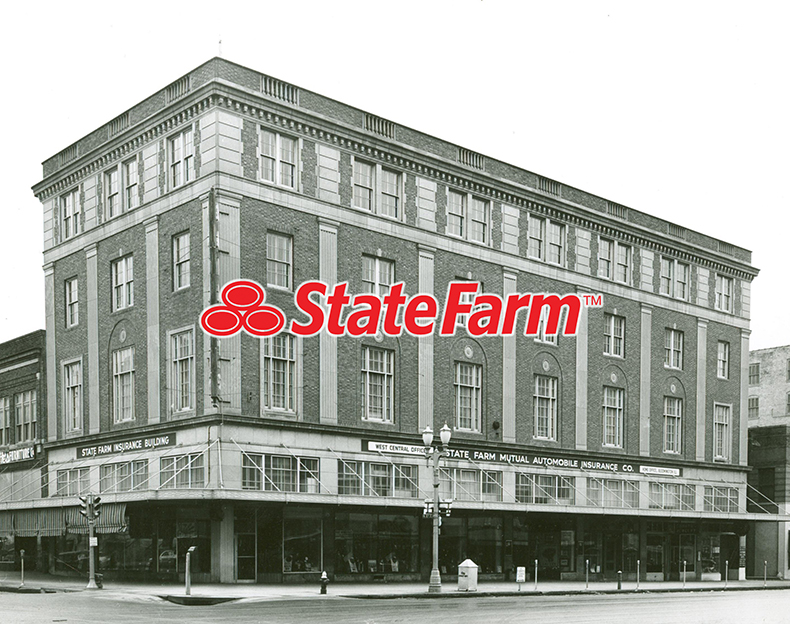 State Farm, well known for being a “good neighbor” by “being there” for our customers, was founded in 1922 by retired farmer and insurance salesman George Jacob “G.J.” Mecherle. We now insure more cars and homes than any other insurer in the U.S. State Farm is a mutual company owned by its policyholders.

The State Farm story began with Mecherle’s original vision for State Farm: operate fairly and do the right thing for our customers. While his vision still guides us today, our continued mission is to be the first and best choice in the products and services we provide.

State Farm started selling auto insurance in Nebraska on September 13, 1927. Life insurance was added in 1930 and Fire insurance in 1936. Members of the Nebraska Farm Bureau Federation served as agents for State Farm. E.A. Tyler served as State Director of Agents, an office that was located at 1134 P Street in Lincoln and later moved to 1126 P Street.

In December 1954, the State Farm Mutual Board of Directors met in Lincoln to honor C.B. Steward on his eightieth birthday. This was the first time a board meeting was not held in Bloomington, Illinois.

Originally a single line auto insurance company, State Farm now offers a wide variety of products and services to help customers manage today and prepare for tomorrow. State Farm’s history not only demonstrates we do the right thing for our customers; we do the right thing for communities. We are heavily involved in and support communities through sponsorships, safety programs, education leadership, and service-learning.

Known as a public leader in auto safety efforts, State Farm helped pass a number of seat belt laws and continues to fight for seat belt and teen driver safety. We work to build safer, stronger, and better educated communities across the United States. We are committed to the future through our green efforts and by helping raise the levels of achievement of our nation’s teachers and students.

We help build strong communities by supporting programs that enable home ownership, create safe neighborhoods, and make our homes and highways safe through activities aimed at preventing and reducing injury and loss. In our schools and communities, State Farm is there.

Content provided by a representative of State Farm in June 2014.