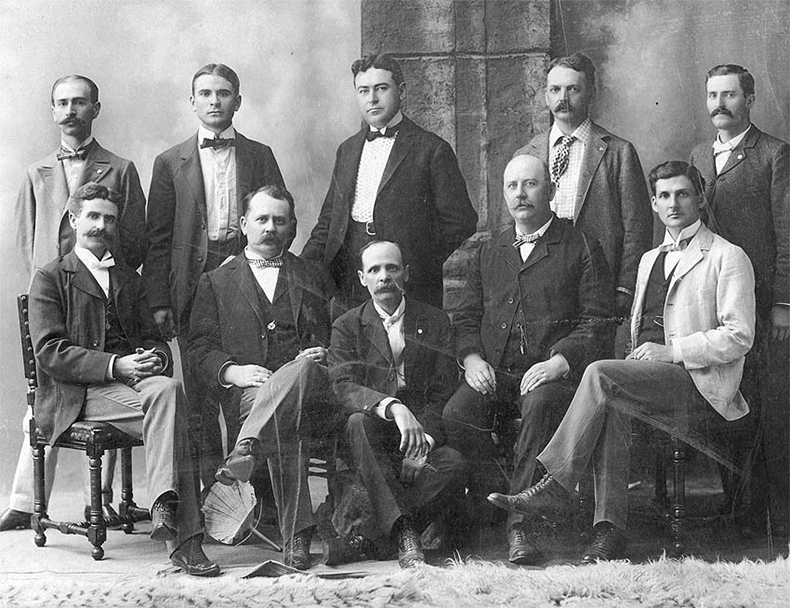 In the 1890s, life was difficult for many Nebraskans. Protection against the financial devastation of accidents, sickness and premature death was a new concept. The founders of the three companies that would one day be joined as Assurity Life were committed to helping people through these times of crisis.

These original companies””Modern Woodmen Accident Association, Royal Highlanders and Security Mutual Life””faced considerable challenges at the end of the nineteenth century, including a worldwide financial panic, many bank failures and drought.

Yet it was also a time of opportunity. These companies reflected the hard-working entrepreneurial spirit of the hardy pioneers who settled the Great Plains.

Woodmen’s founder, a country physician, conceived an idea in 1890 to protect working families against loss due to accident. He launched the Modern Woodmen Accident Association in a basement room below a barber shop in York, and after a few months, the company moved to Lincoln.

Security Mutual was formed in 1895 in Fremont. Within a few years, a group of Lincoln businessmen were leading the company and moved its offices to their hometown. In 1906 the building known as “Lincoln’s first skyscraper” (at 12th and O Streets) was purchased as Security Mutual’s home office.

The first Royal Highlanders policy was signed in 1896 on the stove in the owner’s hardware store in Aurora. The Royal Highlanders society based its fraternal rites on events in Scotland’s history. Its chapters sponsored life insurance…along with picnics, lively dances and grand parades with drill teams wearing kilts and carrying spears. In 1901 the Highlanders opened offices in Lincoln. The company was renamed Lincoln Mutual Life in 1946.

Throughout the early 1900s, the companies continued to successfully meet their obligations to policyholders despite many difficult events including the 1918 flu epidemic, the Great Depression and two world wars.

A series of consolidations unified the three Lincoln companies under the Assurity name in 2007. In 2011, the company moved to its new headquarters in Lincoln’s Antelope Valley.

From our humble but enthusiastic beginnings, Assurity Life has emerged as a robust and diversified financial organization firmly focused on the future.