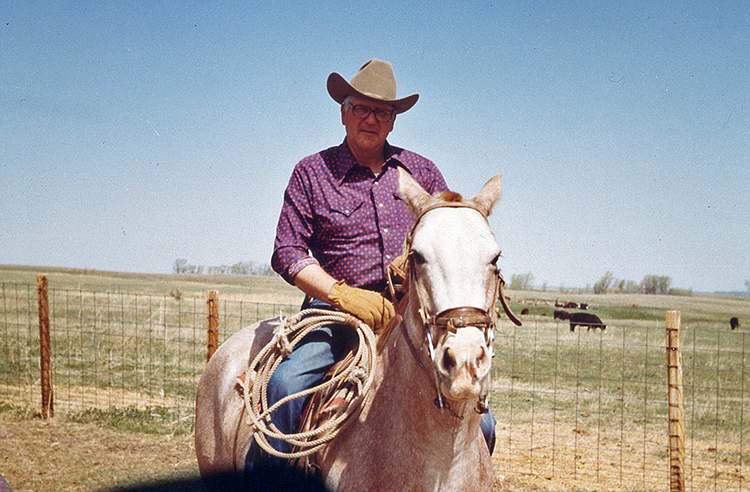 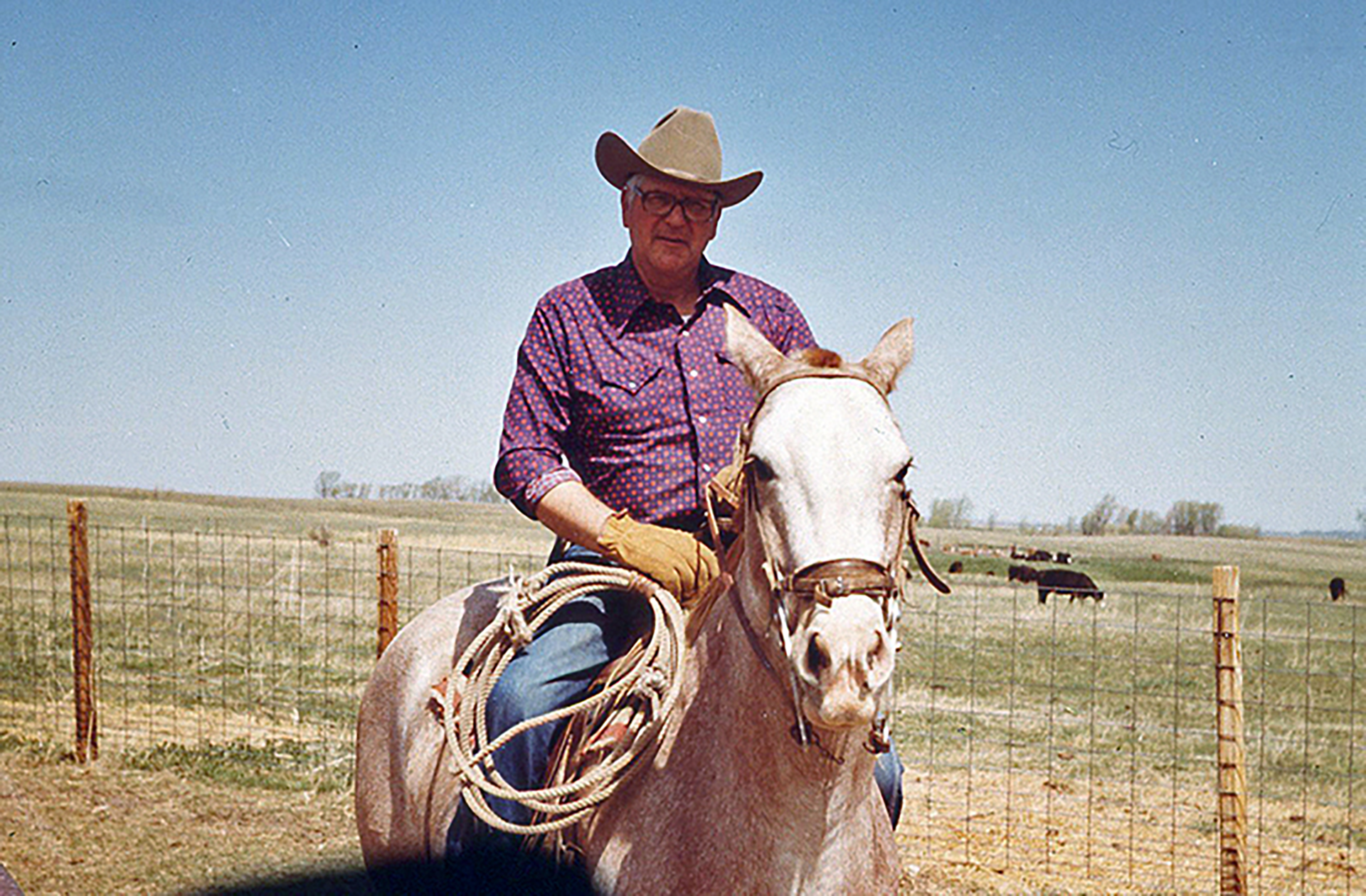 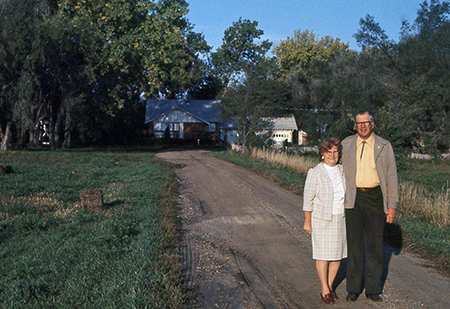 Founded in 1908 by Marguerite Ludemann's parents, Fred and Anna Rockholm, the ranch has been in the family for three generations and more than 100 years. The “home place” is located on the Nebraska/South Dakota border just north of Naper in western Boyd County. Nestled in the triangle between the convergence of the Missouri and Niobrara Rivers, the terrain is rolling and is primarily pasture land where the family operated a cow/calf ranching operation throughout most of the twentieth century.

Reo (1917-1999) and Marguerite (1910-2011) were first generation Americans born to immigrants from Germany and Denmark. Grandfather Carl Ludemann immigrated from Kellinghusen, Germany in the late 1800's and settled in eastern Keya Paha County near Mills. Frederick Christian Hansen Rockholm came from Vra, Denmark and arrived in Boyd County with his wife Anna in 1908. Marguerite was one of twelve Rockholm children and her unusual name came from the Danish national flower, the “Marguerite Daisy”.

Reo's unusual name has a more unique history. As the story goes, his mother, Mary Ludemann, saw an advertisement about a powerful new truck that came out in 1915 shortly before his birth. The truck was the REO Speedwagon and it was named after the automobiles manufactured by Ransom E. Olds (REO). She named her son “Reo” and the name is now part of three generations of the Ludemann family.

A Love of Horses

Life on the ranch centered on cattle and horses. Spring was always a busy time especially during the calving season.

The white faces of Hereford calves stood out against the fresh green grass, but it was the baby colts that got much of the attention. The ranch was home to nearly thirty-five horses and Reo took great pride in their beauty as well as their integral part of working the ranch. 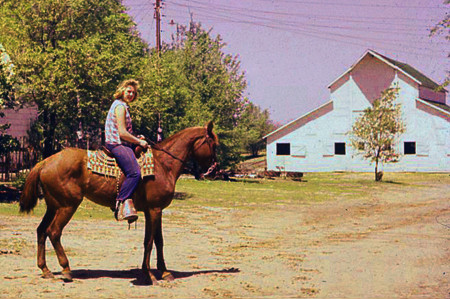 Upon arrival in 1908, Fred Rockholm set out to build a large, western style barn to serve the needs of the ranch. Construction was completed in 1914 and the new structure featured haylofts, horse stalls, cattle holding areas and grain storage spaces that made it a very useful new asset to the ranching operation. Growing up on the ranch, the barn was the cowboy play center. The hayloft was the area where you could do old west stunts which included flying off the attic portion of the loft into the soft hay below and there was always a calf or two to ride in one of the holding pens.

The horse barn (stables) portion of the building was a main attraction. With the smell of horses and saddle leather filling the air, it was a proud and joyous moment to walk into the building and think of how Fred Rockholm put so much innovation and loving care into the barn that is now more than one hundred years old. 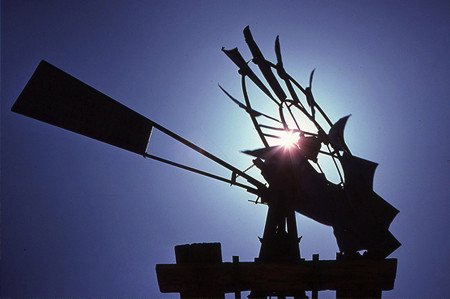 The many springs that continually provided water to the pasture meadows behind the house ran from one end of the ranch to the other. Of course, the western windmill was also a critical part of the operation providing crystal clear well water in other sections of the ranch and in the corrals. 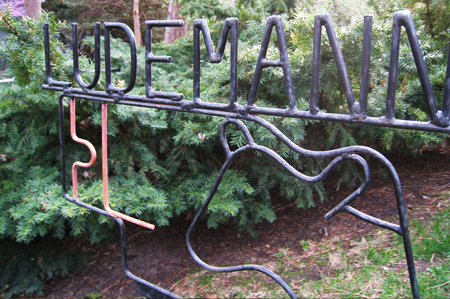 The symbol of a “mill iron” (the metal clamp that holds the head of a windmill in place) and the initial L was the proud brand of the ranch for many years. Every year around May 1 the family gathered for the annual round-up and branding. Friends and neighbors were always ready to lend a hand in the annual spring ritual that prepared the herd for summer grazing and growth in a pasture several miles southwest of the “home place”. Over the years, thousands of head of cattle were raised and sold in the auction barns of Atkinson and Bassett with the Mill Iron L brand. 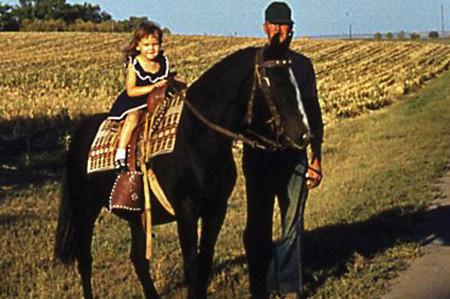 Everyone was a Cowboy or a Cowgirl

The great love of horses and the old west led Reo and the family to annual auctions in Burwell and other locations where it was always generally certain a purchase would be made. And with the aura of heroes like the Lone Ranger and Roy Rogers, you could be certain that your cowboy fantasy would come true. You could be a cowboy or a cowgirl as soon as you were able to walk. The family's love of horses meant there was a pony for everyone. 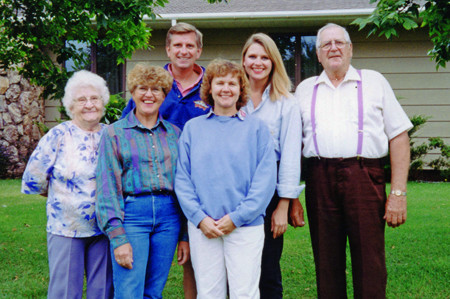 LudemannRanch from Randy Kassebaum on Vimeo.