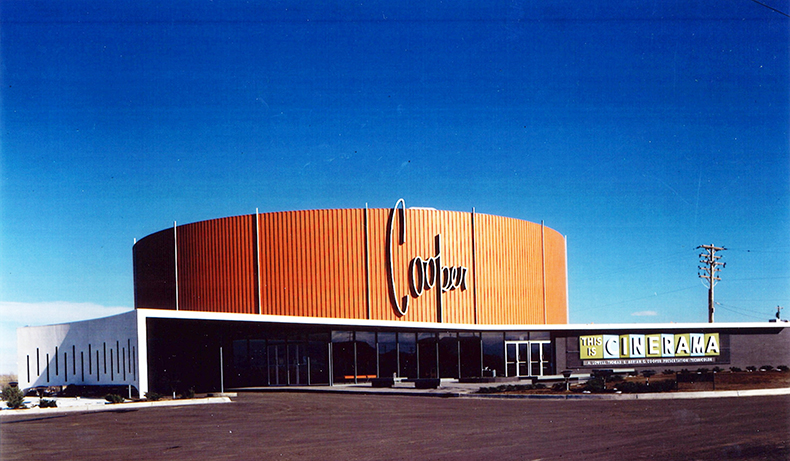 Joseph H. Cooper was born in Lithuania in 1885 and later emigrated to the United States with his family: parents Wolf and Brina Coopersmith, five brothers and one sister. As a young man, he worked in movie theatres in New York City. He lived in New York for the rest of his life, but went on to build a chain of movie theatres, known as Cooper Theatres Inc., in Nebraska, Oklahoma and Colorado.

His main theatre office was in Denver, Colorado until the 1950s, but after purchasing the Lincoln Theatre in Lincoln, Nebraska in the 1920s, he opened an office there as well. By 1956, Lincoln had become the home of Cooper Theatres, Inc.

Joe Cooper created the Cooper Foundation in Lincoln in 1934. At that time there were less than two hundred private foundations in the United States. Board minutes illuminate his thoughts on the Foundation’s purpose: “…he had originally intended for the Foundation to purchase and build homes where worthy boys could be housed and provided for, but the more he thought about the plan the more he realized that this [would not] care for as many boys as it would if the Foundation worked through some local organizations which provide homes for boys where they not only have the conveniences and environment of home life but the direction of individuals who are interested in their future … The Foundation would then be more flexible and the Trustees could determine from time to time what they thought best for the Foundation to undertake.”


From the day he created the Cooper Foundation in 1934 until his death in 1946, Joe Cooper directed a portion of the proceeds from Cooper Theatres to the Foundation to fund its grants. Upon his death he left the theatre business to the Foundation as well. Under the Foundation’s management the chain prospered and grew to include the pioneering round Cinerama Theatres in Minneapolis, Denver, and Omaha.

The Foundation sold the theatre business in the mid 1970s, resulting in a substantial increase in the endowment. Since the Foundation was established, it has given tens of millions of dollars to support programs in Nebraska. Joe Cooper’s interest in young people has been honored by the Foundation’s funding priorities of education, human services, the arts, the humanities and the environment throughout Nebraska, primarily Lincoln and Lancaster County.

Learn more about the Cooper Foundation at www.cooperfoundation.org.

Information provided by a representative of the Cooper Foundation in May 2014.